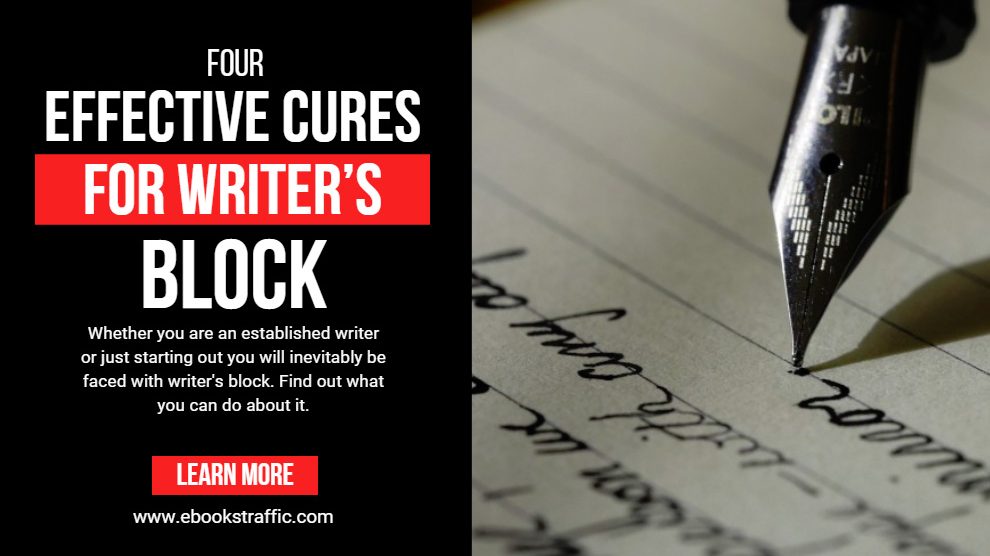 How to Beat Writer’s Block and Finish Your Book

One of the worst challenges you’ll face when trying to create an ebook is the dreaded writers’ block. This is the feeling you get when you stare at a completely blank page and have no idea what to write.

Nothing you can think of seems like a good way to start your book and you end up just procrastinating as a result.

But there’s probably something even worse than this phenomenon too – which is the feeling of writing your book without really engaging with what you’re writing.

You’re writing… but very slowly. And there’s no soul or excitement in what you’re saying.

Both these things can be big problems but fortunately there are a number of tricks that professional writers have invented to get around them. Read on!

The strategy that is most often recommended by writers is simply to start writing something.

Just force yourself to put words on the page, no matter what those words are. What you write doesn’t have to be good… in fact it doesn’t even have to be on-topic!

This could even mean just writing a journal.

Either way though, just start writing and get used to letting words flow.

Within a few minutes you’ll find there’s much less resistance when you come to write more.

Often when we can’t bring ourselves to write, it’s because whatever we’re saying is somehow boring.

We can’t bring ourselves to sit there and write such a bland chapter and thus our brains rebel.

Don’t make the mistake of just powering through! Instead, think about how you could make it exciting enough that you do want to write it.

Not only will this make it easier for you to write, it will also make it more enjoyable to read once it’s finished!

Put on Some TV

A number of writers will use this strategy.

If you find that writing whatever you’re writing about is a little too bland and boring, then try getting around it by writing with the TV on.

Of course you have the sound off but by concentrating on the moving images, you’ll find it feels much less ‘dry’ and dull to keep on powering through and typing.

Finally, learn to listen to your mind and body. Sometimes we’re just not in the mood to write.

Find when you’re most productive and shift your schedule to work around that time!

HOW TO WRITE A TITLE THAT SELLS